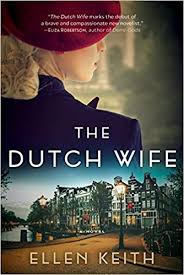 On today’s 15 with the Author, Teri Knight talks with debut novelist Ellen Keith.  In The Dutch Wife, Ellen shines a spotlight on forgotten victims of history: the women who became prisoner prostitutes in Nazi labor camps as a “reward” for male prisoners and “The Disappeared” in Argentina’s state-sponsored terrorism of the 1970’s.  Ellen talks about what the challenges are of writing a story based in history and the research she did, traveling to the concentration camps.  She also talks about the extent people will go to survive.   EllenKeith