Just before midnight last night, the Faribault Fire Department, Rice County Sheriff’s Office, State Patrol and North Memorial Ambulance responded to a structure fire at 18476 Eiler Ave. in Faribault. Heavy black smoke was coming out of the overhead door on arrival. Fire Chief Dustin Dienst said no one was inside the building at the time. Crews attacked the fire from the exterior of the structure initially, and then entered it. Very little fire was found inside. Ventilating the heat and smoke proved to be difficult as there are only two doors, one overhead door and one main door and they are both on the same side of the building. The building and its contents suffered extensive heat and smoke damage. Crews were on scene for 3 hours. Faribault Fire and the Fire Marshal investigated, those results END_OF_DOCUMENT_TOKEN_TO_BE_REPLACED

Congresswoman Angie Craig held a town hall meeting yesterday to address business issues within rural communities in her District. Randy Hanson, Farmer and President of the Rice County Farm Bureau started farming in the 1980’s. He commented, “back in the 80s crop farming wasn’t that great but the livestock industry we had hogs and dairy kind of pulled us through. But you look at the meats/ grains and everything in agriculture is really there’s no money to be made anywhere and in most places, it’s kind of like a hobby you’re paying to do it”. Steven Read, co-owner of Shepherd’s Way Farm and  President of Minnesota Farmers Union in Rice County told END_OF_DOCUMENT_TOKEN_TO_BE_REPLACED

Rice County Sheriff Troy Dunn said they’ve changed up their routine in light of the coronavirus. They usually overlapped shifts, “Now we’re going to assign teams so that we don’t cross contaminate. We limit the chances of cross contaminating ourselves”. As for contact when they go out on a call, they now carry mini cleaning kits and if they have to bring someone to jail, “we have to wipe everything down after that so they’re they’re definitely becoming great cleaners and and our squad cars have never been more spic and span”. They have also had a hard time getting cleaning supplies. Some stores have offered to let them know when supplies come in, while, “You have others that say you know, you stand in line like everybody else. And so it’s um it’s been a little END_OF_DOCUMENT_TOKEN_TO_BE_REPLACED 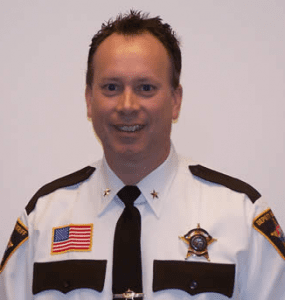 Rice County Sheriff Troy Dunn calls in to talk about how his department is negotiating the Covid-19 crisis including ways to prevent cross contamination. They are vigilant at cleaning their squad cars (they’ve never been so clean, he said).  Dunn also talked about PPE’s and more.

The Rice County Sheriff’s Office and the State Fire Marshal are investigating two cases of arson. The locations of both fires were in Bridgewater Township, west of the Dundas city limits. Both cases involved vehicles being set on fire, which were parked next to out buildings in close proximity to occupied houses. The vehicles and out buildings were a total loss. At this time, no has been injured due to the fires. Sheriff Dunn reports that both of the incidents occurred in the middle of the night. The fires were reported on March 23red just before 1am and March 24th just before 2am. Sheriff Dunn added, “We have been very fortunate that no loss of life has occurred and no fire personnel have been injured. END_OF_DOCUMENT_TOKEN_TO_BE_REPLACED