Dakota County Attorney James Backstrom announced that Dustin Allen Bilderback, age 34 of South St. Paul, was sentenced today by Judge Karen Asphaug to a total of 240 months in custody in connection with the shooting of two South St. Paul police officers on July 19, 2018. This was the maximum sentence allowed by the Minnesota Sentencing Guidelines. Bilderback pled guilty October 14, 2019 to two counts of Attempted Murder in the First Degree. The additional two counts of Intentional Attempted Murder in the Second Degree were dismissed. 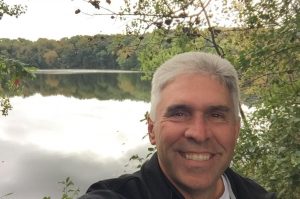 Halloween week is a good time for this e-update, because it concerns some issues that have scary consequences if not handled well. This update contains a new survey, an announcement of an upcoming town meeting, and news about the following topics:

RISKS TO OUR DRINKING WATER. About 90% of Dakota County residents rely on groundwater as their primary drinking water source, whether from municipal or private wells. With the END_OF_DOCUMENT_TOKEN_TO_BE_REPLACED

On Saturday, November 5, 2016, from 9:00 a.m. to 3:00 p.m., Dakota County will be hosting a Warrant Resolution Day. This event is geared toward allowing individuals with outstanding Dakota County Warrants an opportunity to conveniently resolve those warrant(s).     Read the full press release below with further information:

Dakota County Soil and Water Conservation District is having board election filings beginning in May.  Due to recent redistricting, the Dakota County SWCD has all five Supervisor positions up for election.  Supervisors play an important role in a wide variety of natural resource management issues at the local level, including water quality, soil erosion, stormwater management, agricultural conservation and land protection.  For more detailed information click on the links below:

Dakota County Attorney James Backstrom announced today that his Office will not be filing any criminal charges in connection with the December 4, 2015 one vehicle rollover accident in Eureka Township involving students from Lakeville South High School. The rollover occurred after school resulting in the ejection and death of two Lakeville South students, Jacob Christian Flynn, age 17, and John Ashton Price, IV, age 18, who were passengers in the vehicle. The driver of the vehicle was a 17-year-old male student who was seriously injured in the crash. A fourth occupant, an 18-year-old male, who was the only individual in the vehicle at the time of the crash who was wearing a seatbelt, was not ejected from the vehicle, and suffered minor injuries.

The investigation into this incident revealed the following facts:

Read the entire press release by clicking below: