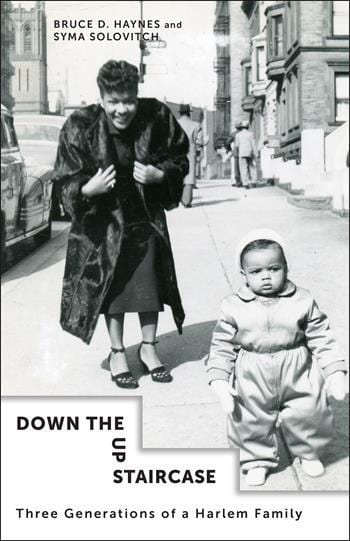 “Down the Up Staircase” tells the story of one Harlem family across three generations, connecting its journey to the historical and social forces that transformed Harlem over the past century.  Teri Knight’s guest today is Bruce D. Haynes. He captures the tides of change that pushed blacks forward through the twentieth century—the Great Migration, the Harlem Renaissance, the early civil rights victories and more.  His family defied the odds in many ways. His great grandparents were landowners in the 1880’s, his grandfather, George, was the founder of the National Urban League and his grandmother, Elizabeth was a noted children’s author and a prominent social scientist.  Yet, by the time, Bruce was a teenager, his own parents were spiraling down, letting their home fall into complete disrepair, one son a drug addict and one murdered. Bruce, a Sociology Professor, shares the difficult process of writing their history.

Down the Up Staircase