A little over a week ago, a Northfield School Board member, Tom Baraniak, was accused of cyber-bullying and a resident asked for his removal. Northfield Schools Superintendent Dr. Matt Hillmann commented this morning on KYMN that, as a board member is elected, there are a few key things to remember: “School Board members, when they become elected, they don’t shed the rest of their 1st Amendment rights. They still maintain their individual right to free expression. But it’s really important to make sure that people understand that one individual school board member who is expressing their

free speech does not speak for the rest of the board.” He added, “Of course, we as a school district support high quality dialogue and we know that social media can be a challenging environment for that.” Hillmann urged the public to share their concerns but, again, to remember that individuals have a right to their opinions. While the board can remove a member, it’s not an easy process and this [incident] would not rise to that level. Baraniak’s posts, according to the accuser, are politically slanted. 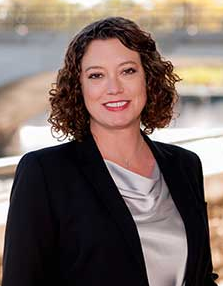 The Northfield EDA approved a $250,000 revolving loan to Rebound Enterprises and the Stencil Group, developers of the 5th Street Lofts, but not before it was questioned by one of the board members. Britt Ackerman felt strongly that there should be a second guarantor on the loan agreement. Currently only Rebound is on that note. EDA Coordinator Nate Carlson said he felt the loan was properly secured. EDA member and City Councilor Jessica Peterson White said she thought it would throw the project off course. Community Development Director Mitzi Baker was also concerned that it might delay the project. Staff had been given direction to negotiate the agreement but the EDA hadn’t seen it until last week’s meeting. Ackerman proposed an amendment to the motion for these reasons: “Number one, we received our Ehler’s report in August of this year, just a couple of months ago, which shows us there’s a substantial finance gap of over $4 million and that gap has not been closed to the best of our knowledge as of today so that is a concern to me with respect to the security of this loan. Reason number two would be that I’m most certain that any lenders would be asking for guarantees from both sides of the developer and number three, of course, is the overarching concern is that we’re talking about public dollars here and so we owe the public our due diligence in being as fiscally conservative with respect to the security of these loans as possible.” The vote was 2 to 4 in favor of a second guarantor, thereby failing. Ackerman and EDA President Erhmann were the yes votes. The main vote was 5 to 1 in favor with Ackerman the only dissenting vote. The developers will pay interest only for the first 2 years on the 15-year note. Mayor Rhonda Pownell is also a voting EDA member. The next step is council approval which will likely pass. The entire project is $14 million. The developers plan to break ground yet this year. More information is on kymnradio.net.  3 – Mortgage Deed 5th Street Lofts

Northfield Fire and Rescue Services (NAFRS) Chief Gerry Franek and Fire Captain Sean Simonson attended the annual Fire Chiefs Convention last month. Board Chair Bron Scherer said the seminars were especially insightful with changing construction materials. Scherer said, “Roofing interior and exterior have changed recently in terms of how fires need to be fought, potential pitfalls, chemicals, that kind of thing. Then they have actual firefighters, chiefs and personnel across the country that have experienced a specific situation that might be considered unique or rare.” The information is brought back to the firefighters who meet each Monday evening. With six new firefighters, it’s valuable information. Schrerer added that before his tenure as chair is up, the Joint Powers Board will be looking at operations. He said they’ll focus on what equipment they have and what the firefighters will be looking at in the future. This will be an opportunity for board members to ask questions. And you might want to take a closer look at the fire hall on the corner of Highways 3 and 19 as the new monument is erected.  nafrs.org