How administrative duties are handled within the Northfield Fire Department, a volunteer 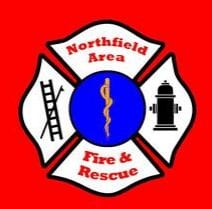 organization, has been a subject of debate for years, after former Administrator Tim Madigan attempted to join the police and fire departments with one Public Safety Director.  After the fire department became a Joint Powers, a report done 2 years ago by McGrath Consulting concluded that the Fire Department needed a paid full time Fire Chief, who would handle the admin duties. However, that would mean a big change within NAFRS as Chief Gerry Franek is a volunteer paid-on-call.   Some on the NAFRS Board agreed with the report while many

others did not. An Administrative assistant was hired over a year ago to help Chief Franek. Recently, some members of NAFRS chose to hire a “Program Coordinator”, Vice Chair Glen Castore explained the position, “focusing on making the interaction between NAFRS and the 2 cities and the rural fire district smoother so we made sure all the documents that everybody needs get processed and policies are in place that are consistent with the polices of the JPA parties”.  It includes writing protocols and assessing administrative practices. The Dundas City Council questioned the decision to create a position and hire without asking for formal Board approval.  Mayor Switzer, a voting member of the Board, brought it the Joint Powers at their last meeting. Castore said the Board was aware and had time to review the RFP.  Franek and Chair Anne Haddad interviewed candidates and selected someone, “I think the comment in the board meeting was maybe a misunderstanding of where we are”.  Franek added, “at the previous board meetings, we were authorized to search out this position and hire.  In our estimation is we were tasked to do this and this is what we did and didn’t think it needed to be gone through the Board”.  He said they interviewed candidates and have a verbal offer.  A source says it’s Sean Simonson, Engineering Mgr for the City of Northfield and a firefighter.  In the meantime, a discussion about hiring without Board approval is on NAFRS Joint Powers Board agenda for September. Castore said the pay would be between $30 and $50 per hr, 10 hours a week for about a year.  McGrathFinal Report NAFRS 12-26 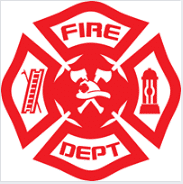 Nerstrand will be voting on a referendum on a fire hall.  Mayor Tony Vezzoli said the bonding is for $200,000, adding, “the City Council approved some bonding and then some residents put together a petition to have that put on ballot as a question”.  There was talk at the Council meeting regarding infrastructure, “the water system, the water main, those needing updates.  And I know those have been a contention for some of the residents on whether we would be spending the money in the right place”.  Vezzoli said he thought it was a good idea to get the fire department to the voters.  Should it pass, the new proposed 6,000 sq. ft. building would be at the northwest corner of Cherry St. and 1st. Street on land donated by Doug Gilbertson, the portion that does not have a shed on it.   Vezzoli said that would allow the owner of Nerstrand Meats to expand their business and buy the building the Fire Dept. would move out of.  She’s offered to buy it for the appraised value”.  The Nerstrand Fire Dept. has 7 trucks and 19 firefighters.  They cover Dennison and surrounding townships. The department will continue to use 2 buildings neither of which currently have running water, bathrooms or room for training.  Nerstrand Fire on Facebook

As the cities of Northfield and Dundas consider referendums for an Ice Arena/civic center, organizers are holding an information session on Wednesday evening at Imminent Brewing from 6pm to 8pm.  Members of the Ice Arena Advisory Board and the Education committee of the proposed Cannon River Civic Center will have a short presentation followed by a Q&A from the public.