Scientists Have Been Underestimating the Pace of Climate Change.

A book entitled Discerning Experts explains why—and what can be done about it (Scientific American, August, 2019)

Then, to develop a consistent picture of long-term trends, techniques had to be developed to compensate for the errors in the older measurements and reconcile them with the newer ones. The Hadley Centre has led this effort, and the new data set—dubbed HadSST4—is a welcome advance in our understanding of global climate change.

But that’s where the good news ends. Because the oceans cover three fifths of the globe, this correction implies that previous estimates of overall global warming have been too low. Moreover it was reported recently that in the one place where it was carefully measured, the underwater melting that is driving disintegration of ice sheets and glaciers is occurring far faster than predicted by theory—as much as two orders of magnitude faster—throwing current model projections of sea level rise further in doubt.

Current Warming Is Unparalleled in the Past 2,000 Years

Skeptics like to point out that climate changes all the time – they love the “Little Ice Age”.

A groundbreaking study led by Raphael Neukom of the University of Bern investigated the scope of natural warming and cooling events experienced by the planet since the start of the Common Era two millennia ago. These include the famous Little Ice Age between the years 1300 and 1850 CE; the Medieval Warm Period between about 800 and 1200 CE; the Late Antique Little Ice Age between 400 and 800 CE; and the Roman Warm Period in the first 400 years of the Common Era. The paper was published in Nature.
“There’s this globally warm period that is very different than what we see in the past,” he said. “And that coherence cannot be explained by the natural variability of the climate system.”
The paper would seem to suggest that the cause, instead, must be related to another forcing—namely, the human emissions of greenhouse gases into the atmosphere.

Alan and I went to the Gustavus Climate Changed conference and met some very interesting people. I asked one of the climate scientists (a Republican, well respected by everyone) what caused the flip into the current Ice Age (about 2.6 million years ago – the Quaternary).

He suggested it was a new normal for ocean currents .

This month I found a scientific article that explained how the formation of the isthmus of Panama changed the climate model. Just as the Carbon Age (my term, 1850-current) changed it again. Dr Danny Richter (CCL scientist) suggested I look up the Indonesian throughflow to learn more. So I did. See Closing of the Indonesian Seaway as a Possible Key to the Ice Ages,

Everyone likes to point out that the climate has always changed.

Indeed it has, and if you look at WHY you find that human activity is a new trip wire in climate change, so the list of triggers for climate change now include: 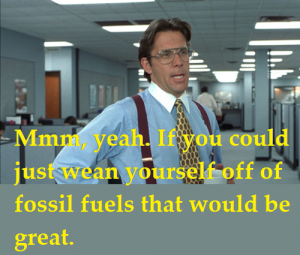 Climate Solutions Caucus in the Senate!

The Climate Solutions Caucus is a bipartisan group in the U.S. Senate working on solutions to climate change.
* Sen. Chris Coons, a Democrat from Delaware, and Sen. Mike Braun, a Republican from Indiana, are creating a bipartisan climate caucus in the Senate

“We are launching the Senate Climate Solutions Caucus, a bipartisan group of senators who, like the Americans we serve, believe Congress should play a central role in guiding America’s 21st century energy economy and addressing the challenge of a changing climate. Our caucus seeks to take the politics out of this important issue. Instead, members will commit to an honest dialogue, through which we can develop solutions that solidify American environmental leadership, promote American workers, and make meaningful progress on protecting our environment.”

The Congress finds that–

(1) efficient markets strengthen our economy and benefit
our Nation by encouraging competition, innovation, and
technological progress;
(2) efficient markets should reflect all costs of goods to
ensure that they advance America’s prosperity and national
interests;
(3) emissions of carbon pollution and other harmful
pollutants into our Nation’s air impose substantial costs on
all Americans and on future generations; and
(4) creation of a Carbon Dividend Trust Fund, to be
distributed to the American people, will make markets more
efficient, create jobs, and stimulate competition, innovation,
and technological progress that benefit all Americans and
future generations.

The Secretary of Energy shall enter into an agreement with the National Academy of Sciences and the Administrator
of the Environmental Protection Agency to conduct a study, make recommendations, and submit a report regarding the impact of the carbon fee on the use of biomass as an energy source and the resulting impacts on carbon sinks and biodiversity.

WOW! Actually holding a law accountable – compare this with the usual hope and prayer assumed by most mandates.