While it is yet unenforceable, President Trump raised the national legal age to buy tobacco to 21. The Northfield Council unanimously approved the first reading of an Ordinance that would do the same thing. Retailers are invited to comply on their own but, at this point, there is no penalty. The proposal by most agencies is that, when it becomes enforceable, the penalties for retailers would be the same as for selling alcohol to an underage person. There would also be required training of retailers selling tobacco products. For those underage people caught buying or using, there

would be a fine and education requirement. A number of people spoke last night including Superintendent Dr. Matt Hillmann who commented on the increase in vaping when the technology changed making it very difficult to identify the vaping products. He added that the items are so small they are nearly undetectable, “we are fairly confident there were some students who were using this product in the classroom because the adults, as always, are just a few steps behind the students”. Northfield Middle School Principal Greg Gelineau also commented on the increased education for these grade levels as well as increased education for educators! Northfield Hospital and Clinics is also collaborating with them. There was one dissenting voice from a student about to turn 18. While she doesn’t smoke, she felt it unfair to call them adults at 18 and take away their right to choose. Councilor Zweifel wanted to move the age to 25 as health experts say after that age, no one starts to smoke. The enforcement piece is still yet to be worked out. Martig commented this morning, “we have no formal communication that this is effective immediately. The initial news report said it was going to be Summer, we’ve seen it as late as Fall going into effect at the Federal level”. The second reading will be at their January 21st meeting. 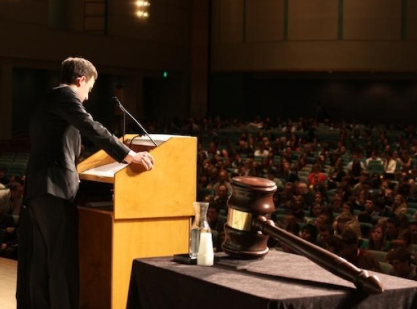 Youth In Government is a YMCA program. Northfield Y Executive Director, Krista Danner says it’s an incredible opportunity for youth leadership and development with over a thousand participants across the State and 65 from Northfield alone, led by adult leaders Aramis and Tiana Wells. Beginning tomorrow (Thurs.) they’ll be taking over the Capitol, the State and Senate offices and the judicial center for the weekend. The youth create a full government. Youth Legislator, Logan Wells, has some strong ideas which means, “so I get to actually write a bill about it, be on the House Floor and I get to debate it. You know, the only other group that gets to use the House Chamber or the Senate Chamber is the Senate and House members, so this is an incredible honor  that we’ve been trusted with for 65 sessions now”. There’s a swearing-in ceremony, the Youth Governor will give a welcome and there will be a few words from a significant leader such as the Secretary of State. The youth are then taking over. There are 16 statewide leaders elected to key positions the previous year, including the Governor, Speaker and other representatives. Wells said that there are no party politics as there are no party identifications. He added, “it’s a bold statement but the State legislators and the people in Congress could learn something I think from the youth in Youth In Government, because being able to debate things respectfully, being able to still… last year I ran for an election and I lost but I’m still really good friends with that person I lost to”.  He added that he didn’t think that is possible in today’s real government. Danner noted that there are tours open to the public on Friday (Jan. 10th) from 3:30pm to 5:30pm and Saturday from 1pm to 3pm at the Minnesota Capitol. If you’re interested, it’s a great opportunity to see the youth in action. RSVP at bit.ly\MASevents. The whole thing wraps up on Sunday.

Rice County’s HOPE Center will host an informational session Friday in hopes of helping local men get more involved in the fight against domestic violence. Called Men of Courage, it’s’ an opportunity for men to learn more and understand their role. A Duluth advocate, Scott Miller of the Domestic Abuse Intervention Program, will be the key speaker sharing the Duluth model which is now used in cities across the country. Faribault Police Chief Andy Bohlen will share some statistics at the conversation set for this Friday from 6 to 8pm at South Central College. Tickets are $25 at the door. Advance registration is requested so that enough food can be ordered.  To register e-mail HOPE Center Executive Director Erica Staab-Absher at [email protected] or call HOPE Center- 507332-0882.