If you own a larger vehicle, there are more reports of catalytic converters being stolen. On social media, the Dundas Police Department reported one removed from a bus several days ago. This was the second reported theft of that kind in the last month or so. In December, the Northfield Police Department had taken four reports of stolen catalytic converters last November and December, with another one recently. Larger

vehicles are at more risk as they’re easier to crawl under and more precious metals are in the larger converters. It only takes a few minutes to remove one, but your vehicle won’t run. If you see anything suspicious in parking lots or car lots call 911 or your local police department. Northfield will be reaching out to Dundas to see if they can collaborate.

Bump outs and bike lanes back on agenda

In a 6 to 1 vote, Northfield council will move ahead with the 2020 mill & overlay project, however, there is still discussion regarding bump-outs and bike lanes. While Mayor Pownell and some council members thought it necessary to add a bump out at Third St. and Oak, in the materials provided by staff, bump outs are not recommended at that intersection due to delivery trucks accessing Laura Baker Services Association. Oak Street is 30-ft wide, which is already narrower than many of the surrounding streets.The addition of bump outs would require delivery trucks to back over the bump outs in order to make deliveries. Quote: Backing up over a pedestrian facility is a safety issue with pedestrians that should be avoided. As for bike lanes in some areas that take out parking, staff and some council suggest parking on adjacent streets and that those bike lanes are for the broader community as council looks to make the city more walkable/bikeable. Mayor Pownell commented specifically on the bump outs and bike lanes, “that’s where it gets harder. People will have to make some decisions and give their guidance on what’s best and obviously any time you introduce change, it’s a little bit difficult. But we’re going to find our way forward”. Last year the council got mired down in aesthetics and bump outs for 3rd street and went out too late for bids, that project, on the west side is delayed till mid-Summer.  Tomorrow night is a work session on the issue with a vote on design set for January 21st.  Previously, eleven residents spoke against adding certain bump-outs and bike lanes. For much more detail, follow this LINK to the City’s website. 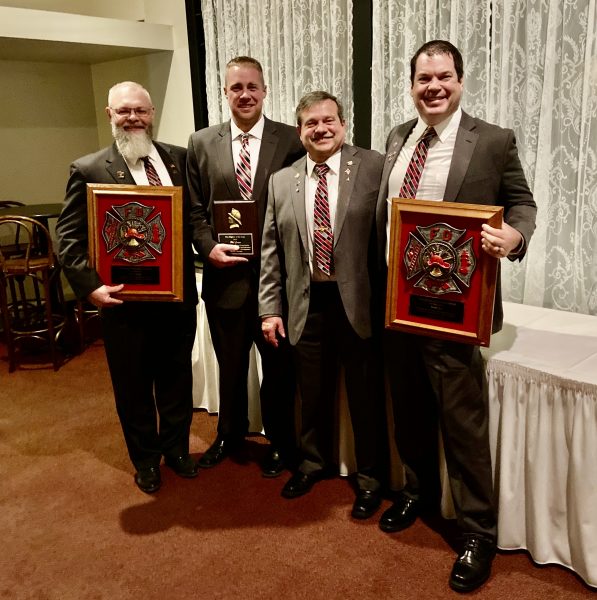 Saturday night, the Northfield Fire Relief Association held their Annual Awards Banquet at the Grand Event Center recognizing individuals and their accomplishments. Chief Gerry Franek reports that Phil Graue was named Firefighter of the Year. He’s been with the department since 2017. And two firefighters hung up their hats. Brian Ims, retired in 2019 after 23 years of service to NAFRS and Corey Stadler, retired in 2020, after 29 years of service. A picture will be on kymnradio.net under Today’s News Update at noon.